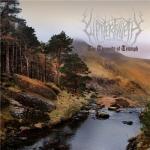 Tracklist:
1. A Thousand Winters
2. The Swart Raven
3. Æfterield-Fréon
4. A Memorial
5. The Glorious Plain
6. A Soul Unbound
7. Void Of Light
8. The Fate Of Souls After Death
9. Home Is Behind
10. The Threnody Of Triumph

For a different and corlidenabsy less acrimonious perspective, I liked but didn't love Mercian Sphere. The main thing that bugged me about it was the ponderous chanting they periodically resorted to in an apparent attempt to make some of the songs more epic . The first two tracks in particular each culminate with over a full minute of uninteresting, repetitive shantey (I skimmed the album again to refresh my memory). It probably works okay live, but recorded itÃ¢ÂÂs not only monotonous but also strikes me as kind of pompous. All it would have needed is some gradual development of the harmonies or the arrangement. Hearing the same few notes over and over without variation isnÃ¢ÂÂt engaging.There's also that inoffensive but way too long instrumental that follows the first few tracks. If it had been a brief interlude, it might have been an interesting segue into the next track, but at nearly five minutes itÃ¢ÂÂs a complete momentum killer. As with the chanting, it doesnÃ¢ÂÂt really develop or make a statement, nor is it especially atmospheric or haunting. And what does a violin have to do with the Anglo-Saxon days of yore? Why not feature a harp or some other thematically appropriate instrument if celebrating Old English heritage is your bandÃ¢ÂÂs mission statement?Complaints aside, I enjoy their music overall and find the subject matter and lyrics highly appealing, so IÃ¢ÂÂll certainly give the new album a chance. It was also John's review that turned me onto Daath Shadow, so he obviously has SOME taste.