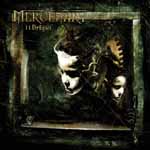 
For Khun Jesse:In converting it from the Greek to English the traoalstnrs missed something very, very obvious in hindsight: who the ancient scribes were telling us about.Example: King Solomon. What does Solomon mean? Let me illustrate . Solom is in actual fact Salim .. Salem ..Peace. Understand? Mon is Amun/Amen. It is a bastardization of Salim Amun.The Peace of Amen. The God every Christian calls out for at the end of their prayers. Follow so far?Now, at the exact time the bible tells us king Solomon reigned who was actually Supreme Tyrant of the ENTIRE region?Amenhotep III. Amen Hotep. The Peace of Amen. Ya dig?Now, where was his city of Peace? Thebes. The one in Egypt the later Greeks copied and named on of their cities after .clueville.Now what was a city called? An Ur. UR being THE WORD for CITY.You see where this is going???What was Thebes, the City of Peace called, Khun Jesse?Ur Salem. Urusalim. Thbebes, Urusalim, the CITY OF PEACE. What his son, Amenhotep IV. aka Ahkenaton aka Nebuchadrezzeraka Moses borrowed when driven away by angry Christians (but not killed because he was royalty) to Philistia, aka Palestine aka today's Jerusalem.You are all very welcome. May the Good Light, the Warm Embracing Light of Isis Meri-aten shine upon you all. She used to weave spells and use charms to heal and protect from illness and harm those that believed in her, and her son the Resurrected god ..she was a Magi ever hear of any stories of Mary and child being looked for by Magi? Going to Egypt?Again, you are all very welcome.